This workshop will explore Artificial Intelligence and Machine Learning (AI/ML) algorithms, techniques, systems and standards that can be utilized to optimize performance of 5G and Future Networks. The objective of this workshop is to bring together experts from the globe and create a joint platform for information exchanges, presentation of results, and fruitful discussions to identify gaps and future directions for the IEEE Future Network Initiative (FNI) Artificial Intelligence and Machine Learning Group. 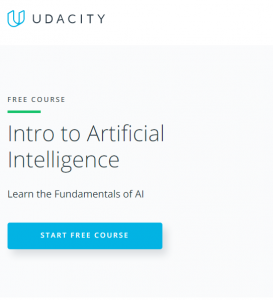 Director of Research at Google Inc.; ACM Fellow
Peter Norvig is a Director of Research at Google Inc.; ACM Fellow. Previously he was head of Google’s core search algorithms group, and of NASA Ames’s Computational Sciences Division, making him NASA’s senior computer scientist. He received the NASA Exceptional Achievement Award in 2001. He has taught at the University of Southern California and the University of California at Berkeley, from which he received a Ph.D. in 1986 and the distinguished alumni award in 2006. He was co-teacher of an Artifical Intelligence class that signed up 160,000 students, helping to kick off the current round of massive open online classes. His publications include the books Artificial Intelligence: A Modern Approach (the leading textbook in the field), Paradigms of AI Programming: Case Studies in Common Lisp, Verbmobil: A Translation System for Face-to-Face Dialog, and Intelligent Help Systems for UNIX. He is also the author of the Gettysburg Powerpoint Presentation and the world’s longest palindromic sentence. He is a fellow of the AAAI, ACM, California Academy of Science and American Academy of Arts & Sciences.

MODERATOR: Rosemary Paradis
Principal Research Engineer at Leidos Health and Life Sciences; SIGAI Treasurer
Dr. Rosemary Paradis is a Principal Research Engineer for Leidos Health and Life Sciences out of Gaithersburg, MD. Her current work as a data scientist for Big Data analytics includes building models in computational linguistics and natural language processing, machine learning, and artificial intelligence. She has an M.S. in Computer Science from Union College, and a Ph.D. in Computational Intelligence from Binghamton University. Dr. Paradis has a number of patents and publications in the area of recognition algorithms, artificial intelligence, and machine learning. Previous work at Lockheed Martin included the design and development of machine learning algorithms and managing the Core Recognition and Identification technology development for the USPS, the Royal Mail, and the Sweden Post Office. Dr. Paradis has held positions at General Electric, IBM, and also was a professor at Hartwick College, Ithaca College and Rochester Institute of Technology. She is currently the Secretary/Treasurer for the ACM Special Interest Group on Artificial Intelligence (SIGAI).